After Drake got up from his nap, we took him outside for a few minutes to get some pictures. 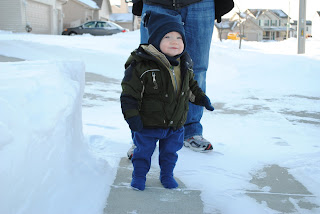 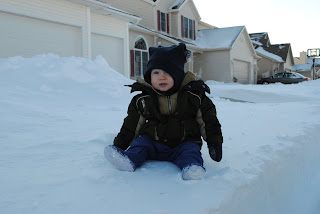 We were literally outside for less than 5 minutes since we don't have snow gear for Drake. He sure didn't seem to mind though. Can't wait to see what he'll think next year!

When we came inside, I made a cake for our small group tonight and thought it would be fun to let Drake lick the spatula when I was done. I think he liked it...what about you? 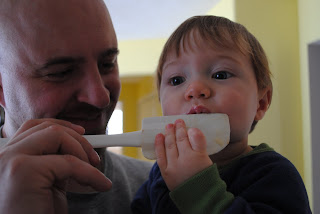 And, then, just a few minutes later we heard a vehicle..... YES!! First, we saw this tractor come down moving snow. 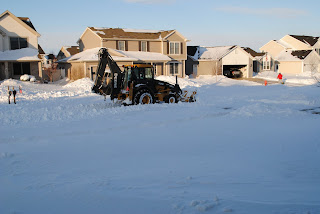 And then we saw TWO plows!! 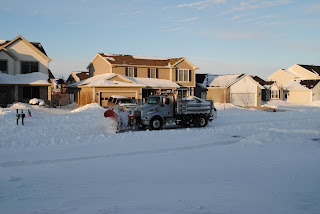 Go figure, we haven't seen a plow since, and we later found out that the tractor was our neighbor's brother! lol! At least we can get out of the house now.

I need your email address so I can respond to your comments.

Mine is kaseylaughlin at yahoo

he is so cute all rugged up for the snow.

I know that much snow is a total pain in the behind but it sure looks pretty :)

OUR JOURNEY TO COLIN!

OUR JOURNEY TO DRAKE!